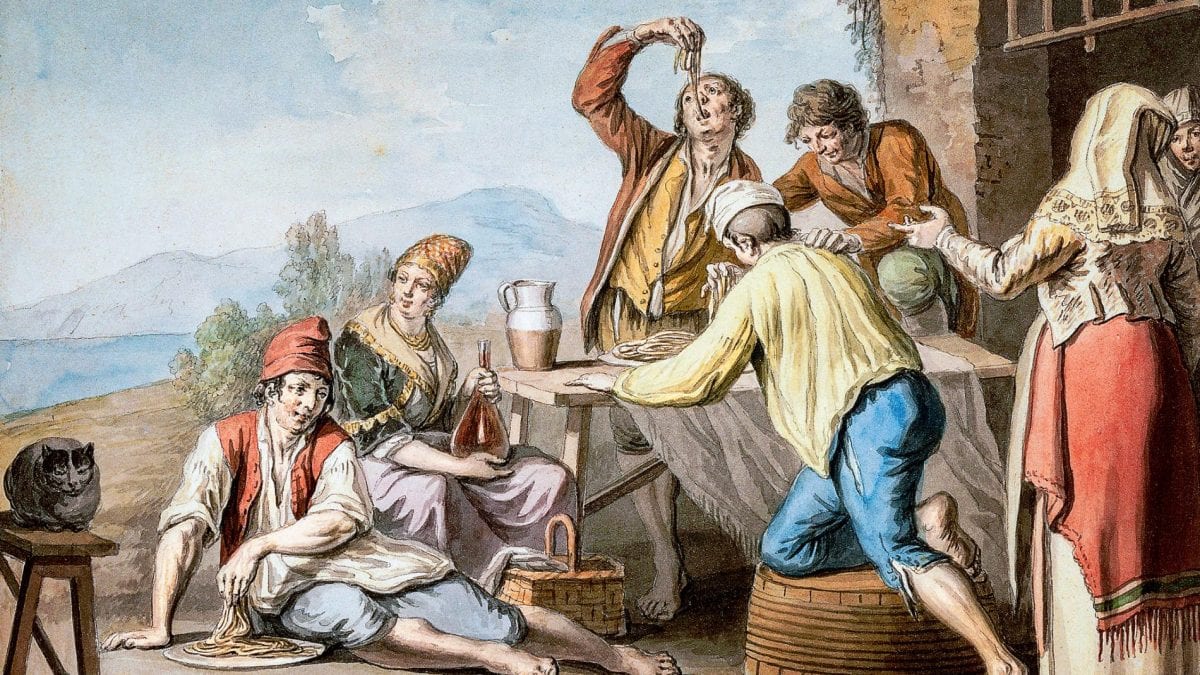 The real History of Pasta

It was not the Chinese, it did not come to us with Marco Polo. Instead he was born in the Arabian Sicily, and then he went back up the whole boot. Passing through Naples and Genoa. The curious story of the flat symbol of Italianness 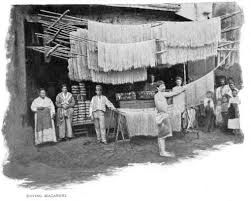 Difficult to find a more clear and universal Italianness symbol of Italian pasta. However, it has not always been treated as it should. From the appellations of “macaroni” and “mangiaspaghetti” trimmed to our emigrants, to the futuristic command of Filippo Tommaso Marinetti, who advocated nothing less than “the abolition of pasta, absurd Italian gastronomic religion”, symbol of a “heavy” tradition and of a a certain image of a lazy and indolent Italy, in other words “passatist”, the opposite of Futurist dynamism, according to which “men who fed badly or grossly did great things in the past”. Until the famous plate of spaghetti with the gun on the cover of the German magazine Der Spiegel, in 1977 and without forgetting its mystifications abroad: the unlikely spaghetti “alla bolognese”, “all’Alfredo”, “with meatballs”. Not to mention the recent French carbonara that made Italy of the network indignant.

Pasta History and its Roman ancestor

In short, pasta in the course of its secular history has really seen them cooked and raw. But who invented it? In short, what are the threads that indissolubly link Italy to pasta? It is not easy to answer these questions, especially when it comes to a popular dish that is all simple as pasta. What is certain is that already the Romans, the Greeks and the Etruscans knew the ancestor of lasagna, or the “lagana”, thin sheets of dough stuffed with meat and cooked in the oven. In an Etruscan tomb of Cerveteri it was even found everything necessary to pull a good dough: pastry board, rolling pin, bag to dust the flour on the table, ladle, knife and even a wheel to get the wavy edge.

History of Pasta: place of birth is Palermo and surroundings 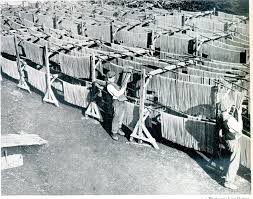 To find something more similar to our pasta, it is necessary to fly to the end of 1154, when the Arab geographer Edrisi described “a food of flour in the form of threads”, called “triyah” (from the Arabic “itrija”), which was made in Trabia. (Palermo) and exported in barrels throughout the peninsula. In Sicily, even today, we speak of “vermiceddi di tria” (vermicelli) or “tria bastarda”. As well as in Puglia, another region whose coasts were dominated for a short period by the Arabs, of “massa e tria”, “tria e ciceri” (particular variant of pasta and chickpeas, typical of Salento) and “tridde” or “triddi” “(Sort of maltagliati prepared in broth, in Bari). The fact is that, according to Edrisi, in the twelfth century in Palermo and surroundings “a lot of pasta is produced that is exported in all parts, in Calabria and in other Muslim and Christian countries; and many loads of ships are sent “. According to historians Alberto Capatti and Massimo Montanari, in their La cucina italiana. History of a culture, however, “in the Arab recipe books the pasta appears already in the ninth century, and this tradition is probably connected to the presence in Sicily – in western Sicily of Arab culture – of manufactures for its production”. In short, it is now clear: dried pasta – suitable to be stored for a long time and transported to distant destinations – was born in the sunny and breezy western Sicily, during the Arab domination. Arabs who, perhaps even before the conquest of the island, may have already known the dry pasta, especially the short pasta, useful to guarantee food stocks during the movements in the desert.

History of Pasta: the landing in Liguria

One thing is certain: pasta, in Italy, was known well before 1295, the year of the return of Marco Polo from China and its contact with Chinese “spaghetti”. Already in the twelfth century Genoese merchants had spread the pasta from western Sicily (the links between Trapani and Genoa are known and ancient, evident in gastronomy in the relationship between Genoese and Trapani pesto) throughout northern Italy, to the point that the long pasta is in the fifteenth century it was known there – the Lombard Bartolomeo Sacchi spoke – as “Genoese trie” or “pastas of Genoa”. To these pastes, subjected to a cooking that we would consider very long – the taste for pasta “al dente” probably dates back to the seventeenth century – the most varied seasonings were combined: in general, grated cheese in large quantities and powdered spices; Bartolomeo Sacchi advised her “with caponi, eggs and any kind of meat”; in the fifteenth century butter will also appear, often combined with sugar and cinnamon. Generally, on the aristocratic tables pasta was considered a side dish, for the popular layers it was instead a single dish.

History of Pasta: the technological revolution in the shadow of Vesuvius 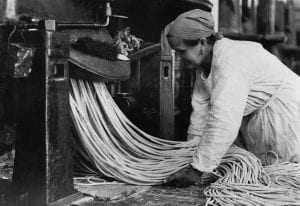 The production of pasta, meanwhile, began to climb the boot, moving throughout southern Italy and Liguria, where the dry and ventilated climate favored the drying in the open air: Gragnano, Torre Annunziata, but also Puglia. The rest of Italy, however, for climatic reasons remained linked to the production of egg pasta, not dried and probably born from contamination with the Roman “lagana”. But pasta, although widespread, was not yet a mass dish. It will only become so in the 1600s, when a terrible famine struck the Kingdom of Naples dominated by the Spaniards. In the Neapolitan city, the largest in Europe, demographic overcrowding and Spanish taxation led the population to starvation (as well as to the revolt of Masaniello): consumption of meat and bread collapsed. So it was that the population turned to pasta, which the producers made cheaper thanks to a technological revolution: the invention of the braid, the press and the extruder. Already in the eighteenth century Neapolitans earned the nickname of “mangiamaccheroni” (epithet already reserved for Sicilians) and also in the rest of Italy pasta became a national symbol, a poor and popular dish par excellence. “You give the soup to an Italian? But the Italians do not eat that maccheroni, maccheroni, maccheroni “, he heard Carlo Goldoni say in Paris at the end of the 18th century.

History of Pasta: the real conquest

In those years, in Naples, the inseparable partner of pasta, the tomato sauce, was invented. “The macaroni are cooked and we will eat them”, Camillo Benso Cavour will write on the eve of the annexation of the Kingdom of the Two Sicilies. But they will, in fact, conquer the heart of all Italy.

DO YOU WANT BECOME A REAL EXPERT IN PASTA? Visit the “Master of Pasta Course” Page. 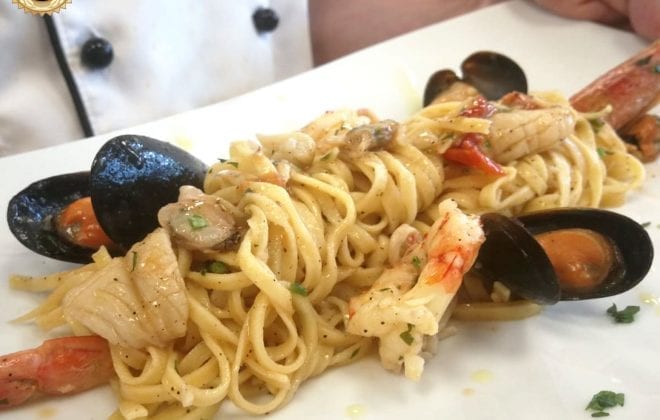 Italian Pasta and Sauces, a pleasure that begins with preparation 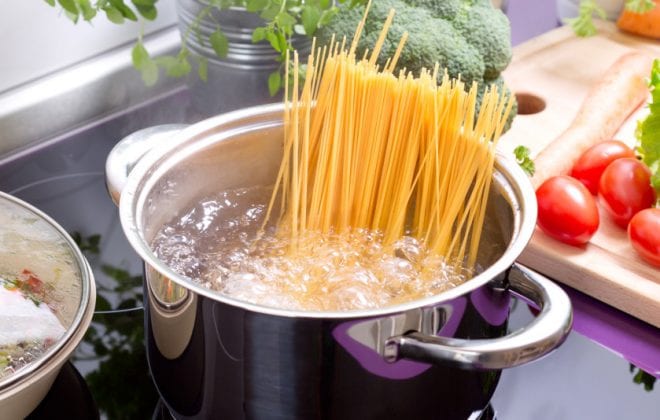 HOW TO COOK THE PASTA “Al Dente” 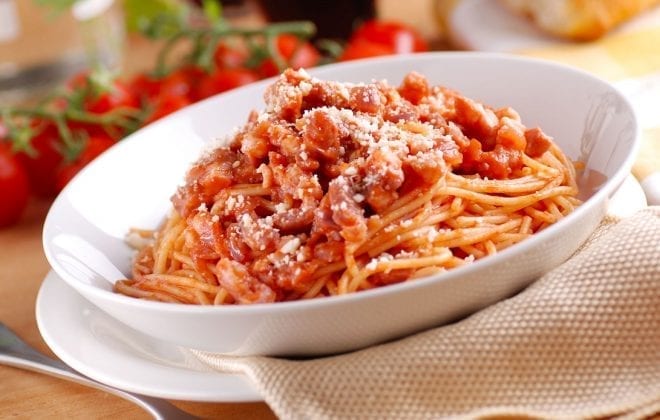